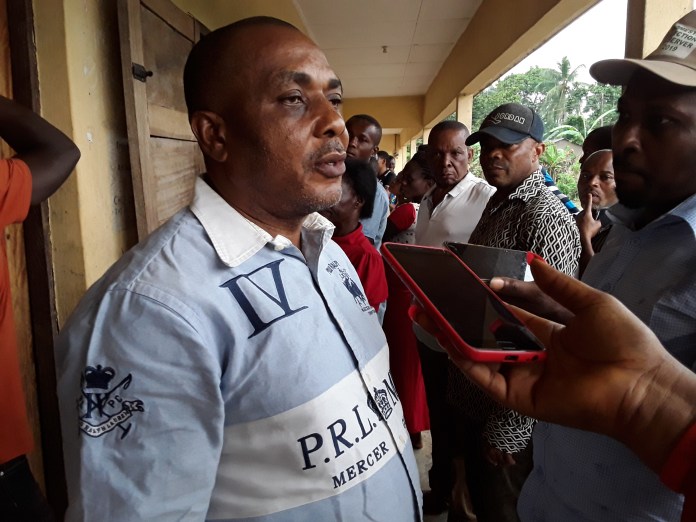 Akparawa Ubeh gave the commendation at Urban Ward 4, Unit 002, Etinan Local Government Area when some pressmen on election observation made a stop-over at his unit.

While adjudging the just concluded saturday presidential and National Assembly elections as the best compared to 2015 elections, Mr. Ubeh said apart from two already thump-printed ballot papers found amongst the delivered election materials to the unit, which were waived, saturday election was a far cry from previous elections in terms of organisation and logistics.

Voters were found at the polling unit in peaceful and orderly manner, awaiting the conclusion of votes counting by INEC officials.

He further said elections in his unit went smoothly from accreditation to voting as there was no inconsistency in the operation of Card Reader in the unit.

Akparawa Ubeh maintained that Peoples Democratic party (PDP) remains the predominant party in the Unit and entire Etinan Local Government Area given the developmental strides of Governor Udom Emmanuel in the area.

Still in Etinan Local Government Area, at Northern Iman Ward 2, Unit 008, the former Council Chairman of the area, Hon. Kufre Ekong said based on proper sensitization of electorates on the need for active participation in voting exercise, eligible voters turn out was impressive and decorum maintained by different parties faithfuls.

However, electorates at the unit irrespective of party affiliations were found in friendly mood while awaiting collation and announcement of the unit’s results.