The community, which shares a boundary with Abia State, has suffered setbacks following unabated killings of Nkari indigenes by the Abia community over lingering the land dispute.

An indigene of Ibono Okporo village, who is also the President of Nkari Development Union, Lagos Branch, Pastor Emmanuel Bassey Effiong , told our correspondent on Monday that more than 20 Nkari indigenes and visitors, who access the area through the only link road have been killed by the Usaka people in recent weeks.

The Clan Head of Nkari , Chief Udoette Edon, said apart from May 28, 2020 massacre of its indigenes by Usaka, which had been reported to the police, Usaka on Friday killed at least six of his subjects and took their corpses away.

“The matter was reported to the police of Ini Local Government Area of Akwa Ibom State, who also visited the area and confirmed the incident.

“To confirm our friendship and good neighbourliness, coupled with inter-marriage relationship, our young men used to engage in wrestling competition with all our neighbours including the Usaka.

“The worst of it all is that Usaka people had blocked the only access road and indigenes of Nkari and visitors find it difficult to come into the village or go out,” he said.

Edon, however, called on government to provide them with road, electricity, other social amenities as well as a police station at the disputed land. 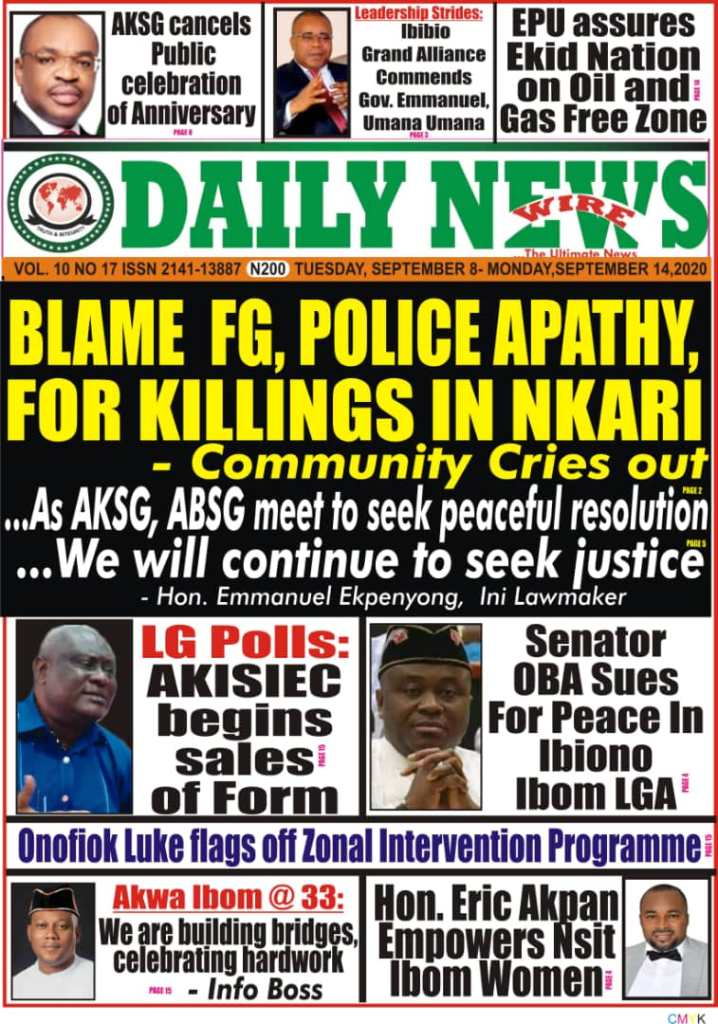 The APC leadership of Dr. Ita Udosen in Akwa Ibom State has been described as illegal. In a press statement signed by Dr. Anietie James and Stella Idiong on behalf of APC conscience. 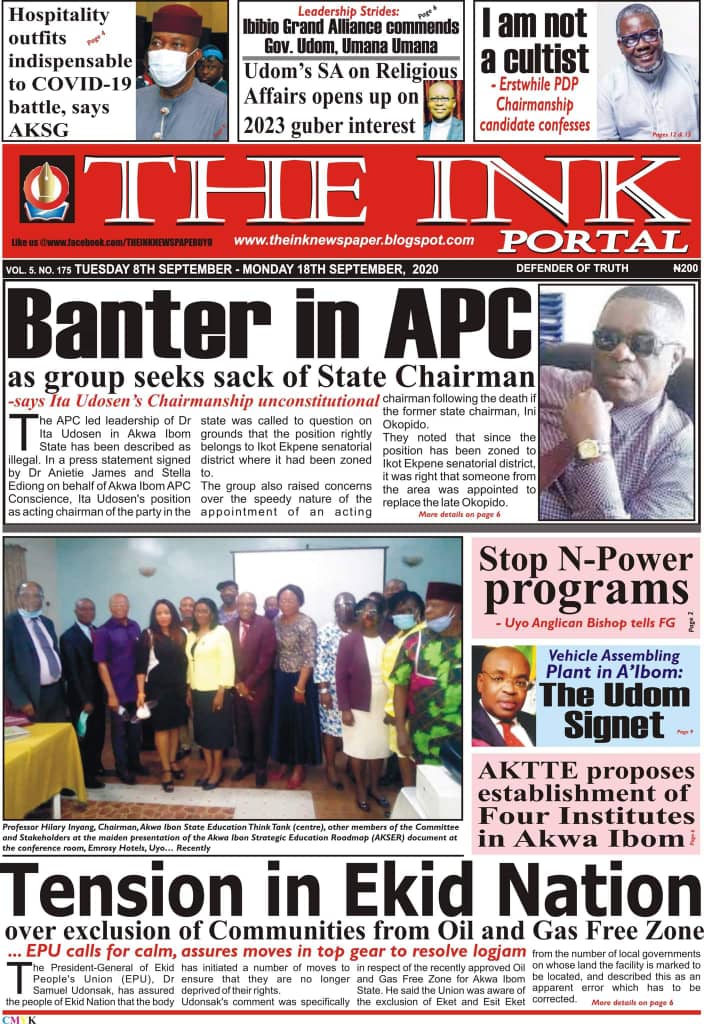 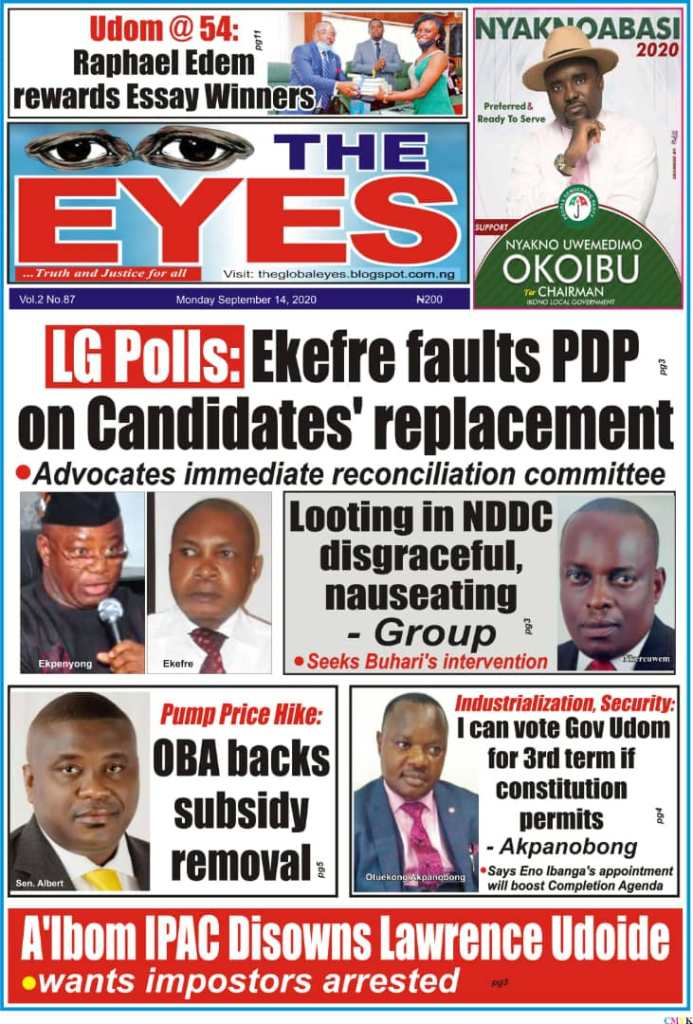 ….. SAYS MRO TO BE COMMISSIONED SOON AT VICTOR ATTAH AIRPORT

…. YOU ARE AN ILLEGAL CHAIRMAN – APC GROUP 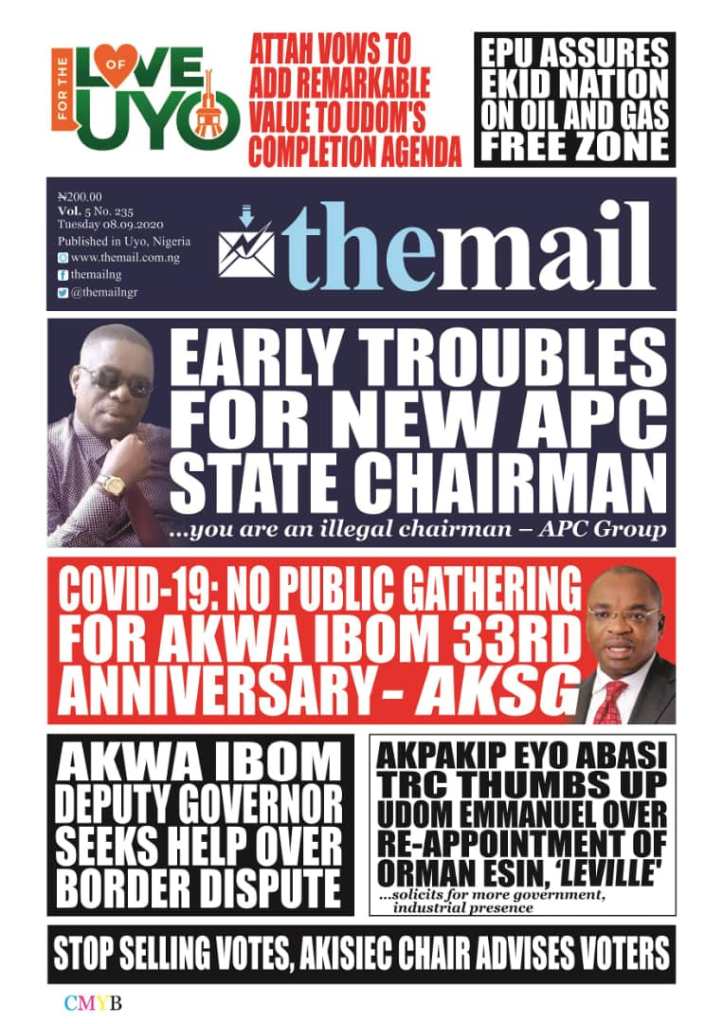 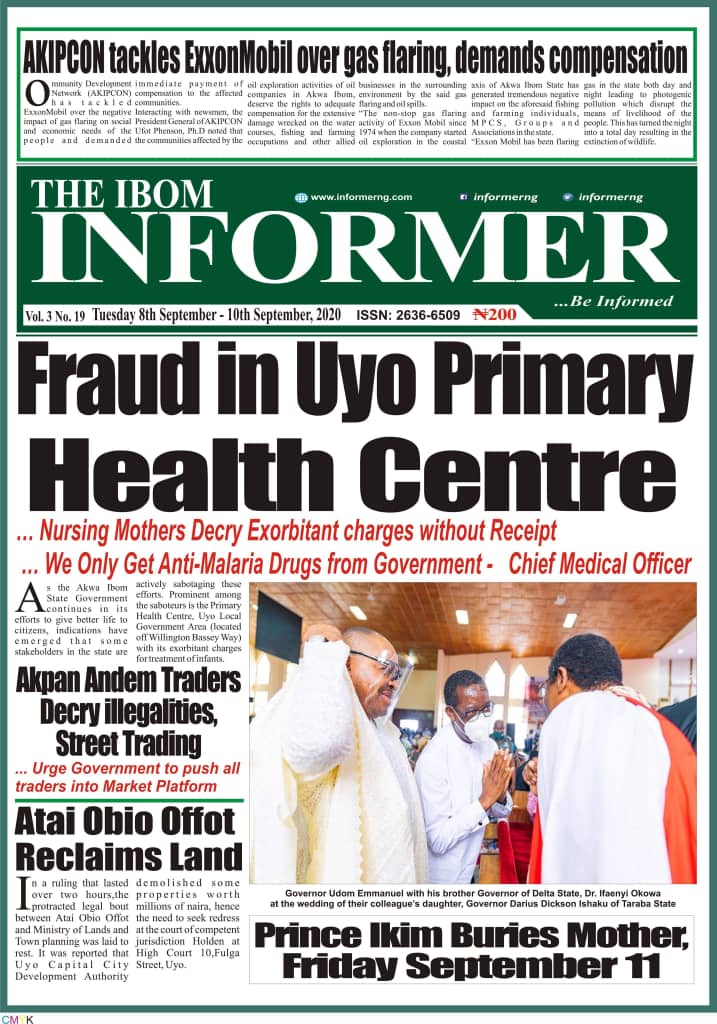 …..WE ONLY GET ANTI-MALARIA DRUGS FROM GOVERNMENT – CHIEF MEDICAL OFFICER

The Paul Ekpo of Yesterday, who saw Tomorrow (1 of …)