The Peoples Democratic Party, Akwa Ibom State Chapter on Monday concluded the conduct of the Congress for the selection of Councilors and Chairmanship candidates on Monday with all the delegates in the 31 Local Government Areas participating in the process.

The Party which had earlier last week conducted a peaceful exercise for the Ward Congress across the Local Government Areas had cleared most of the aspirants and late Thursday evening had released the final list for the conduct of the exercise.

On Sunday evening, the Party in a press release signed by the State Chairman, Hon. Udo Ekpenyong said that the Appeal Panel Constitution and therefore could not be altered or set aside.

The Party therefore nullified all Party members and the Chairmanship aspirants that the final list of cleared aspirants published by the Party remains valid for the exercise.

With the results, some aspirants became consensus candidates having successfully passed through the screening processes while late into the early hours of Monday morning, there was a lot of horse trading and consensus for major political decisions to be reached in other Local Government Areas.

In Etinan Local Government headed by the State Attorney General and Commissioner for Justice, Barr. Uwemedimo Nwoko clearly stated that the arguments canvassed by the 37 Chairmanship aspirants who appeared before the panel lacked merit and were wanting in substance. 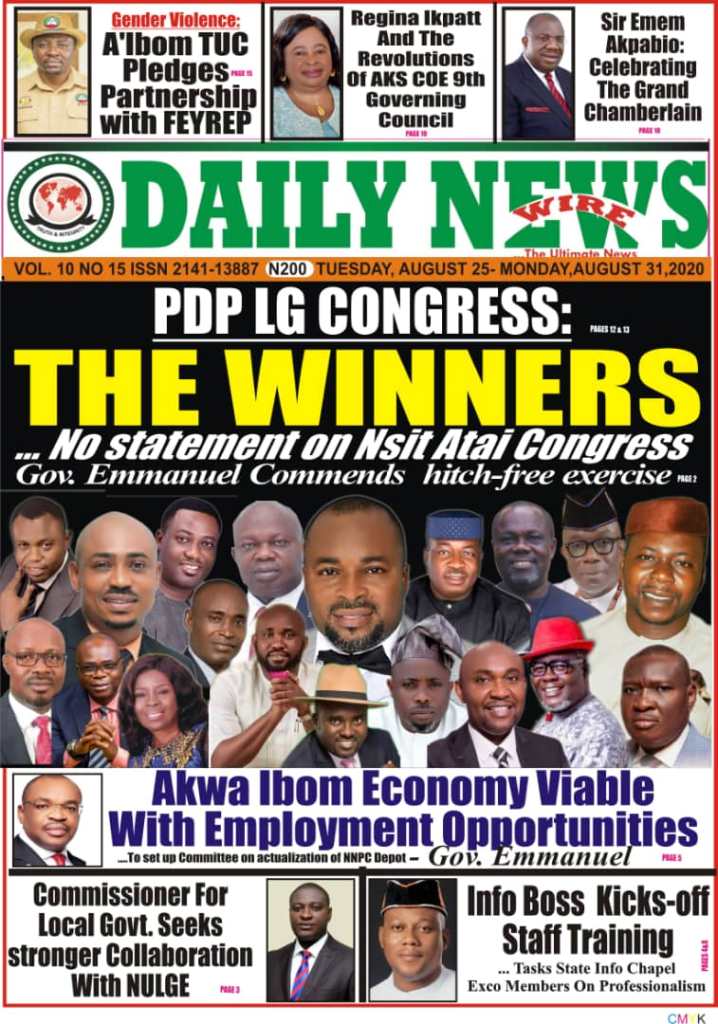 * Stalemate in Nsit Atai, Ibiono Ibom
* Faction await Party’s decision
* Ibiono delegates issue resolution
The chairmanship primaries of the People Democratic Party held yesterday across the State came to a climax with 31 persons emerging candidates of the party across the 31 local Government Areas.
The election which began admistma peaceful atmosphere had delegates casting their votes under a free and fair atmosphere.
INEC representatives, Organisations, Journalists, Security operatives and political groups witnessed the events in respective venues the exercise was conducted.
Although some shouts and boos were thrown occasionally, it did not rise to a system shaking tremor. The State Chairman of the Peoplea Democratic Party, Mr. Udo Ekpenyong was amongst delegates that voted in Ukanafun Local Government Area. 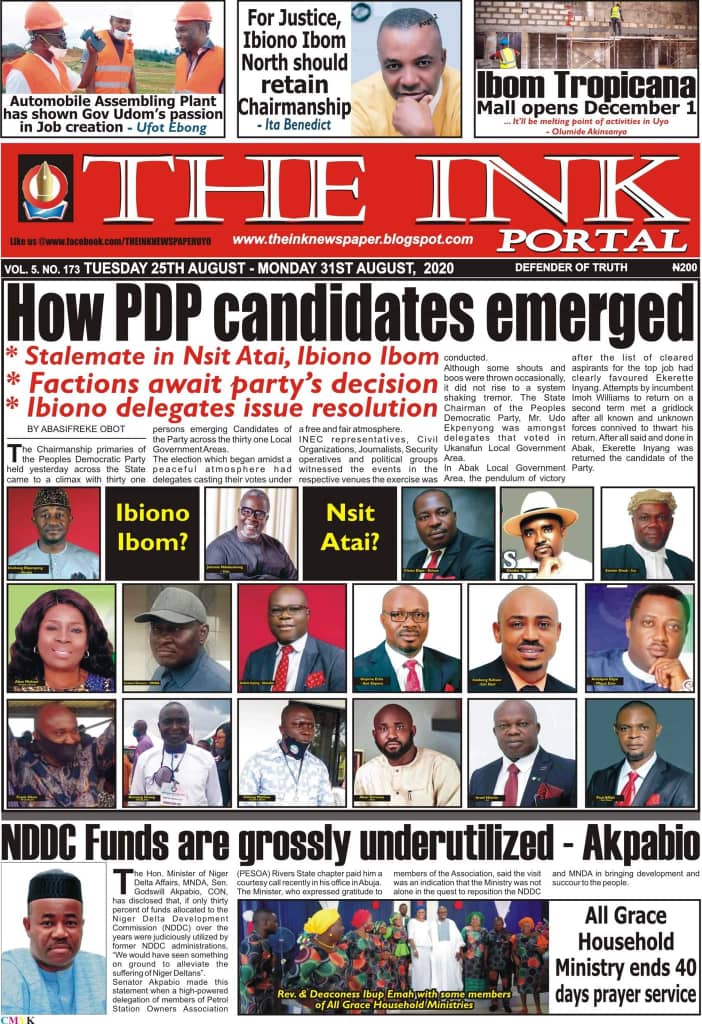 Residents of Nung Udoe Itak, Ikono Local Government Area, are now having their hearts shrinking away in thr fear every night, following the incessant attacks on them and a private farm located in the community by men suspected to be armed robbers. 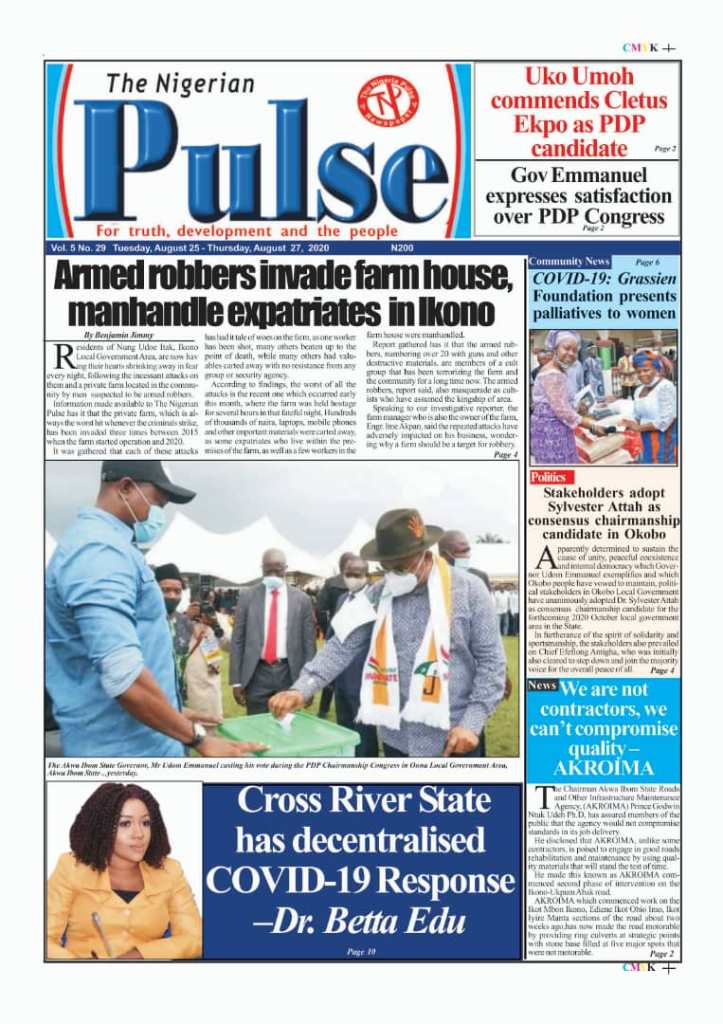 Information made available to The Nigerian Pulse has it that the private farm, which is always the worst hit whenever the criminals strike, has been invaded three times between 2015 when the farm started operation and 2020.
It was gathered that each of these attacks has had tale of woes on the farm, as one worker has been shot, many others beaten up to the point of death. Whole many others had valuables carted away with no resistance from any group or security agency.
4. ESTATE ALONG AIRPORT ROAD ILLEGAL, TO BE DEMOLISHED – EKPO
….Says developers are fraudsters
…Urges buyers to enquire from AKSG before purchase of land. 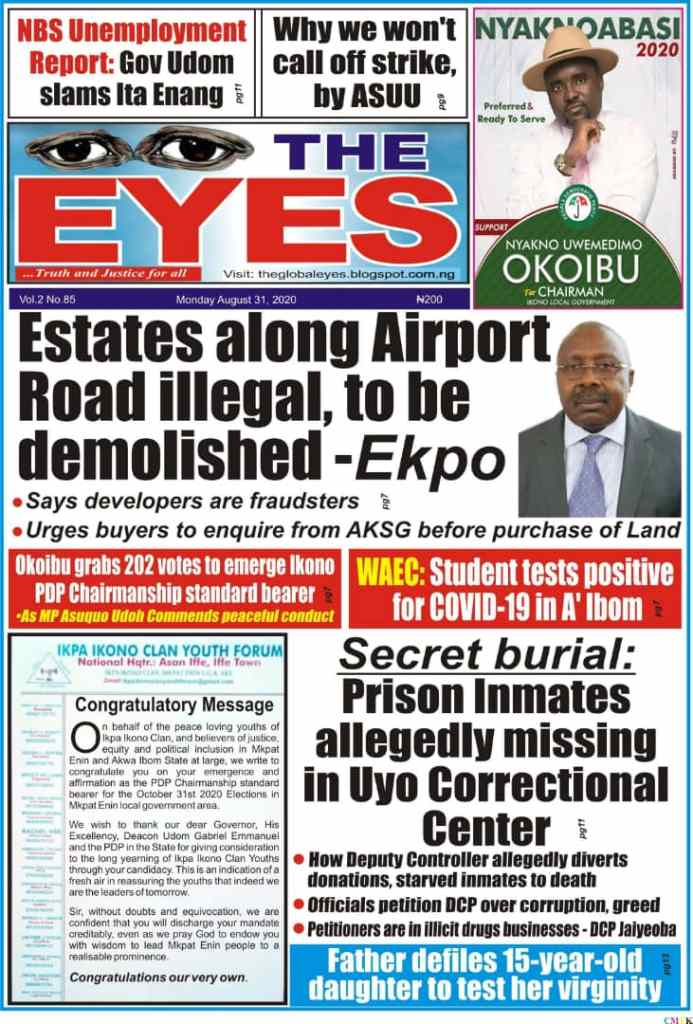 *WHY WE WONT CALL OFF STRIKE – ASUU 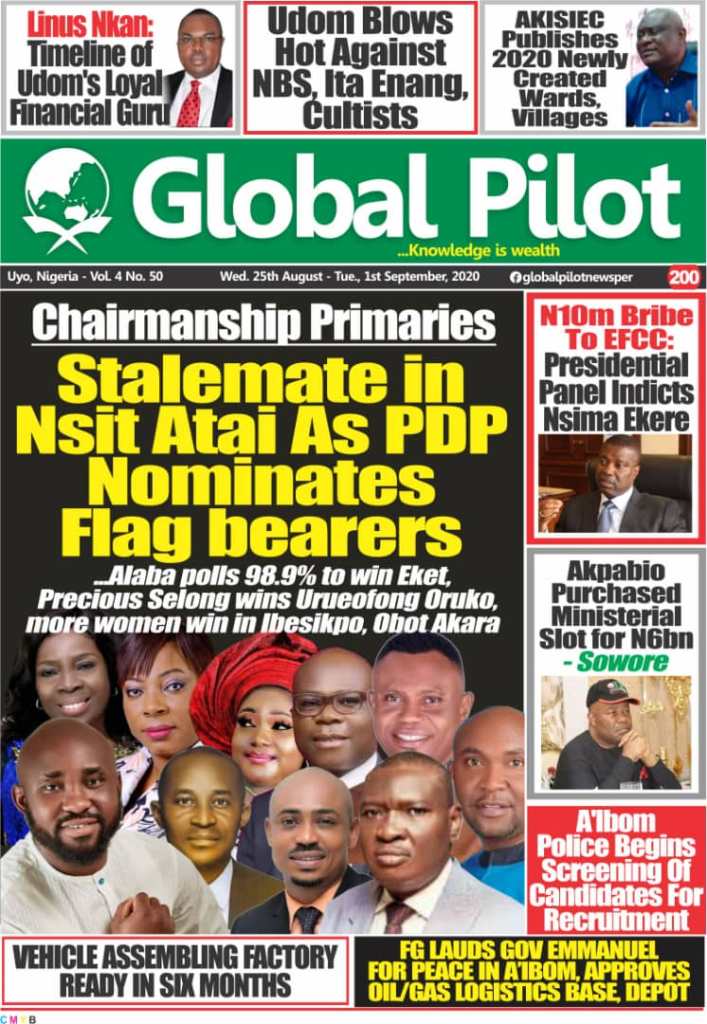 * THE VICTORS, NO VANQUISHED 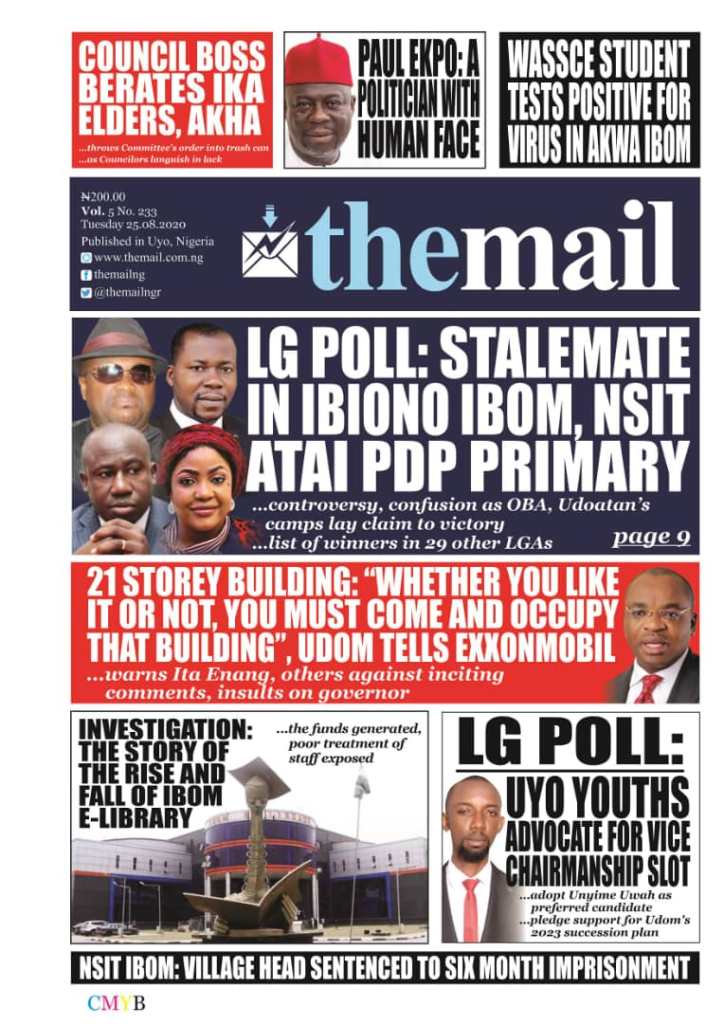 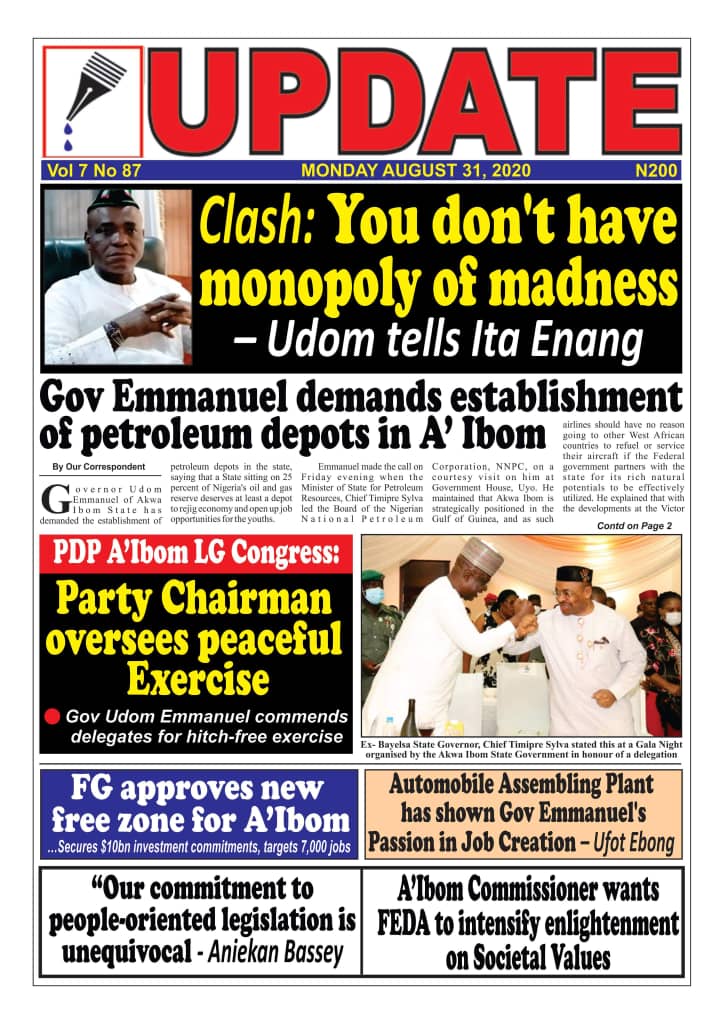