…As PDP set for Primary August 22

With the ruling Peoples Democratic Party in Akwa Ibom State set to conduct its primaries to select candidates for the Chairmanship positions in the Local Government Council Polls scheduled for Saturday, October 31, 2020, the challenge before the Party at the Polls may not be the expected victory at the polls since the main opposition All Progressive Congress (APC) has opted out of the race, but the betrayals, intrigues and manipulations within the Party against the hopes of the people in the different areas.

The third tier of governance has always been the closest to the people and elections into Offices is family related at that level and is expected to generate concerted interests by all the persons.

With the stringent conditions of zoning approved by the Party to ensure equity and Justice in all the 31 Local Government areas of the State, the current squabbles internally rocking most of the Local Government Areas has given more concern on the betrayals and imposition which is also being resisted in some areas.

Despite several attempts on consensus arrangements for easy facilitation of the nomination process, most stakeholders and political leaders who have vested interests have suddenly become the albatross of confusion in the selection processes in most of the Local Government Areas in the State.

Most aspirants have vowed not to succumb to the personal and wishful selfish interests of some Elders within the Party and look forward to a fair contest this weekend at the Party Primary.

The Party Primary of the ruling Peoples Democratic Party is scheduled to hold this weekend without any unforeseen circumstances to force a shift but the outcome will leave much to cherish as so much bitterness in some areas has passed under the bridge in the buildup against political leaders who have openly betrayed their followers thereby questioning their leadership capabilities to defend the interest of the people they lead. 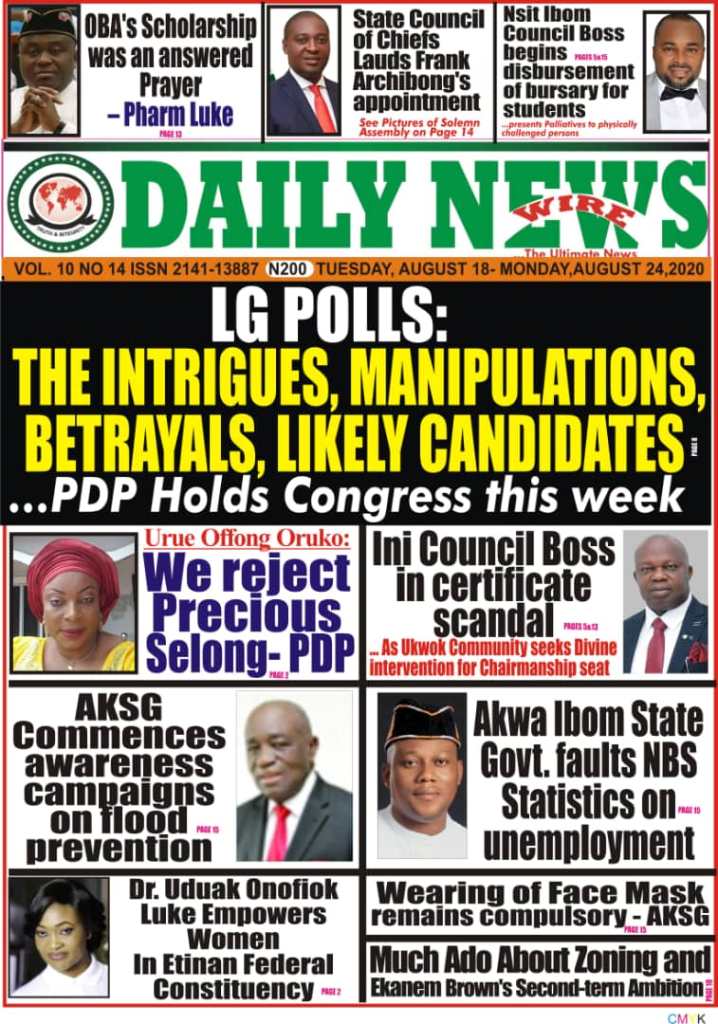 ….how infighting, lack of compromise amongst political camps led to Akpadiaha’s man’s emergence

The Permanent Secretary, Government House, Dr. Nathaniel Akpadiaha is the brain behind the emergence of Engr. Johnnie Ndukeobing as the consensus chairmanship candidate for Uyo Local Government Area ahead of the primary of Peoples Democratic Party (PDP).
TheMail learnt on good Authority that Johnnie who is also known as ‘pope’ was presented to Uyo political stakeholders as the choice of the governor on Sunday during a meeting at Government House.
During the said stakeholders meeting, the Governor was represented by Chairman of the Local Government Electoral Planning Committee (LGEPC), Hon. Pat. Ifon.
Ifon presented Johnnie as the choice of the Governor and handed him over to Engr. Ini Utuk of Verini Construction Company and political stakeholders in the area to ‘go and deliver’ at the election. 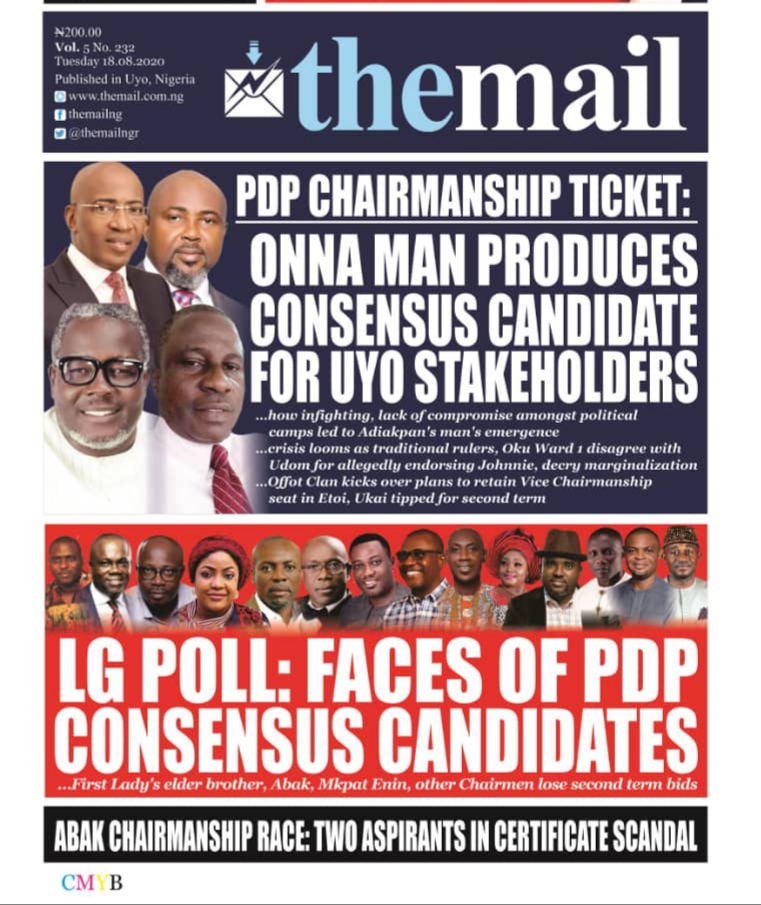 ….Insists APC returnees can’t choose a flagbearer for the party.

Against the backdrop of information making rounds in a section of the social media and electronic media that the PDP in Uruefong Oruko has adopted Mrs. Precious Selong as the consensus candidate ahead of the coming Local Government election, the peoples Democratic party says, the party has done no such thing adding that the purported endorsement only exists in the imaginations of mischief makers.
The PDP Uruefong Oruko Chapter in a release signed by the Chairman Okpo Edeke and made available to the THE INK reporter in Uyo advised members of the party at the State and Local
Government levels to ignore the report as there was no such meeting where a candidate was endorsed as a consensus. 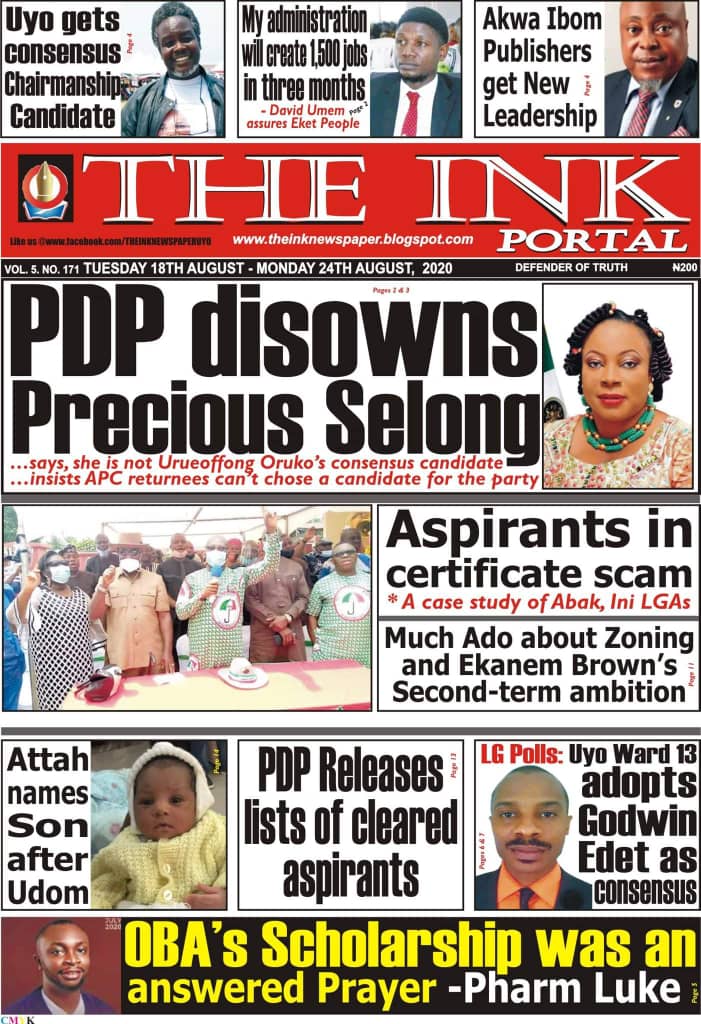 The All Progressive Congress (APC) Otoro Abak Ward 1 in Abak Local Government Area has suspended a chieftain of the party, Otuekong Ofonmbuk Anaka over gross insubordination and misconduct.
Addressing Journalists at the end of an enlarged meeting of the Ward which took place on Saturday at the Party Secretariat, Ikot Oku Mfang, the Ward Chairman of the Party, Adede Joseph Peter said the suspension became imperative, wondering why Atuekong Anaka should be parading himself as the political Leader of the Party in the Ward when he has not made any useful contribution to the growth and success of the Ward.
Adede Peter frowned at the attitude of Atuekong Anaka, especially for always receiving something on behalf of the Ward without the knowledge of the ward executives, eleders and members. 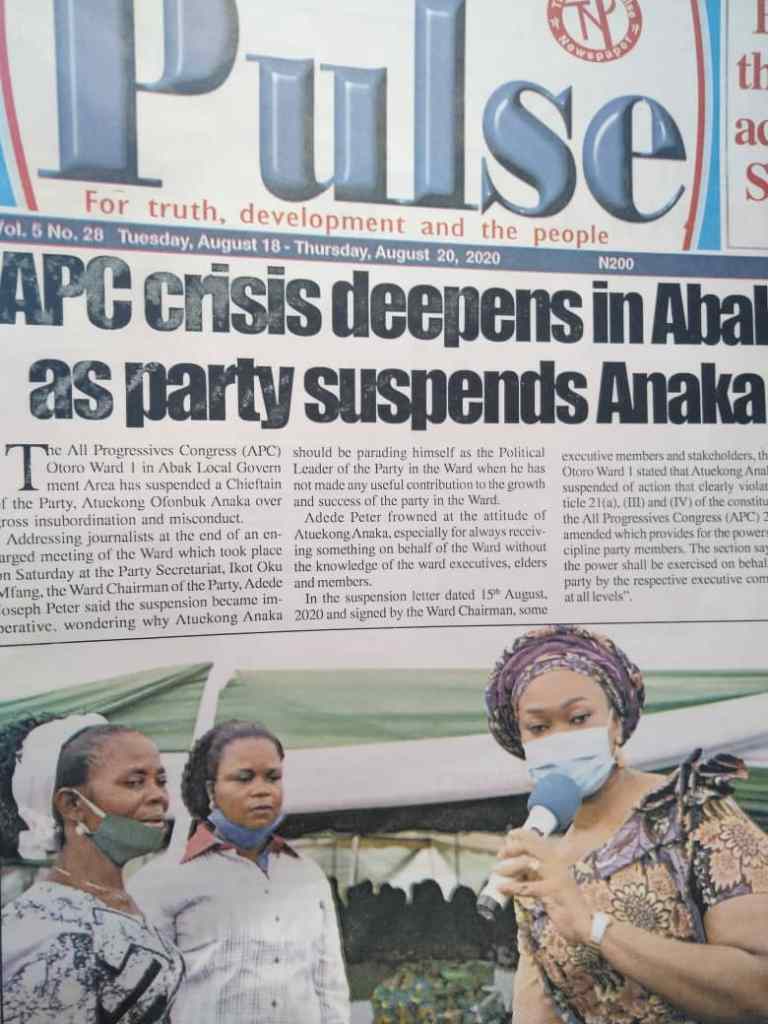 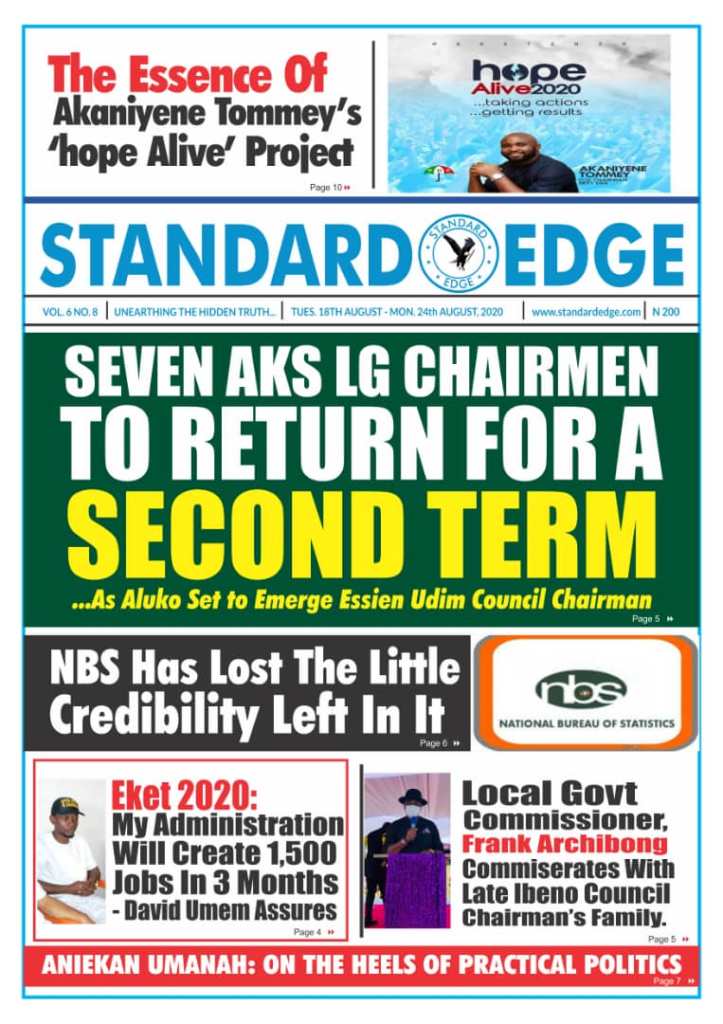 * Second Term is a tradition in Essien Udim – Isobara 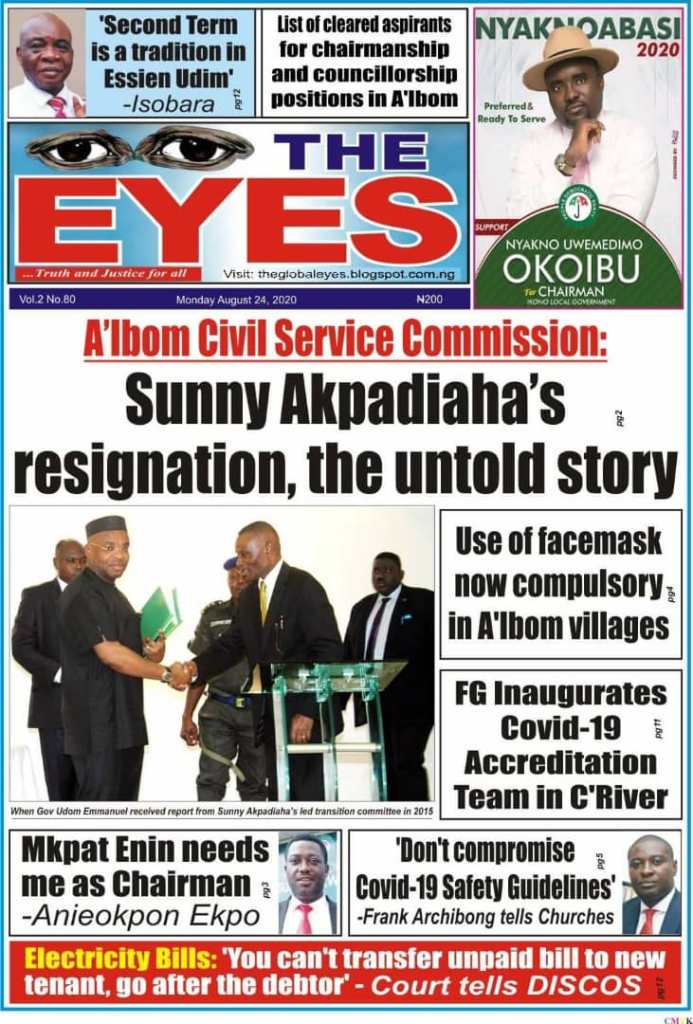