Following the release of the time table last week by the Akwa Ibom State Independent Electoral Commission (AKISIEC) for the conduct of the Local Government elections, the tempo of political activities in the State has heightened within the period.

The State Governor, His Excellency, Mr. Udom Emmanuel has consistently stated that zoning will be a major factor in the choice of candidates for the polls in order to ensure equity and fairness in the political equation of the various areas.

The zoning factor was further reemphasized last week by the Special Adviser to the Governor, Bureau of Political and Legislative Affairs, Pastor Sunny Ibuout, who clearly stated in an exclusive interview with this medium that there will be no compromise on the choice of candidates especially as Political Parties race to meet the demands of the tight schedule of the guidelines for the conduct of the elections. 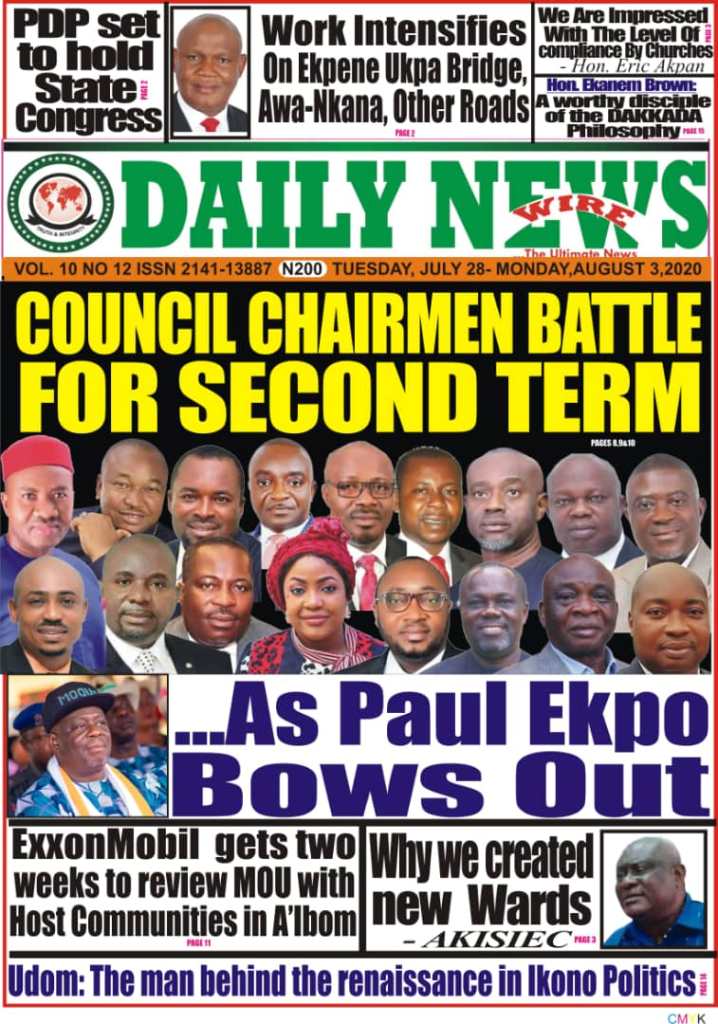 Barring any last minute change, Professor Nse Essien, who is present Commissioner for Education is to emerge as the next Vice Chancellor of Akwa Ibom State University, (AKSU).
With the tenure of the acting Vice Chairman, Professor Eno Ibanga haven elapsed, and placed on acting capacity by Gov. Udom Emmanuel, the nomination of prof. Eno Ibanga as a Commissioner and his subsequent swearing in will create a vacuum in the University, which has to be filled.
Sources who confided in Standard Edge reporter, said, the Governor views prof. Nse Essien as a better replacement, who will continue to promote the ideas of the University.
Recollecting that, few weeks ago, some stakeholders in Oruk Anam, were agitating that the VCship be zoned to Oruk Anam, as one of the Campuses is hosted by their community, and they deserve a shot at the top position too. 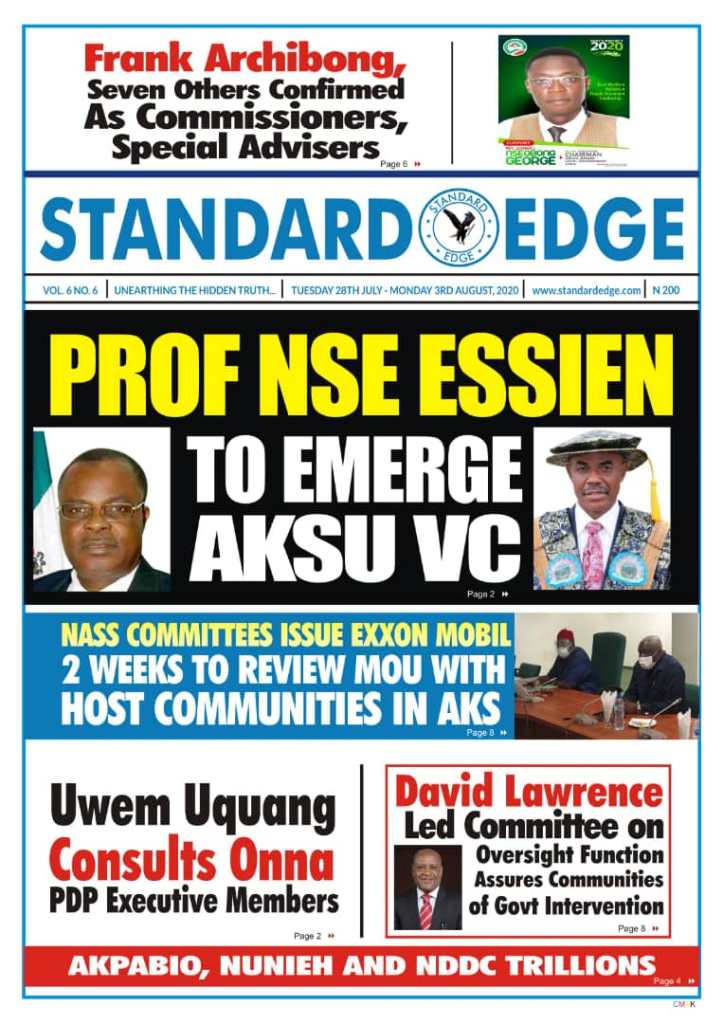 As the Executive Chairman of Uyo Local Government Council, Elder (Hon.) Imoh Ekong returns to office, after about a month and two weeks of suspension by the Akwa Ibom State House of Assembly, indications have emerged that the council treasury is in total shreds and embarrassment.
A source in the Council revealed that the period under the Acting Chairman, Hon. Udeme Emmanuel witnessed unprecedented financial recklessness and flagrant abuse of office.
The source who didn’t want his name to be mentioned said on resumption of office, Hon. Imoh Okon gave his Vice, who acted in his absence three working days to send in a comprehensive report on how the council was ran in his absence. 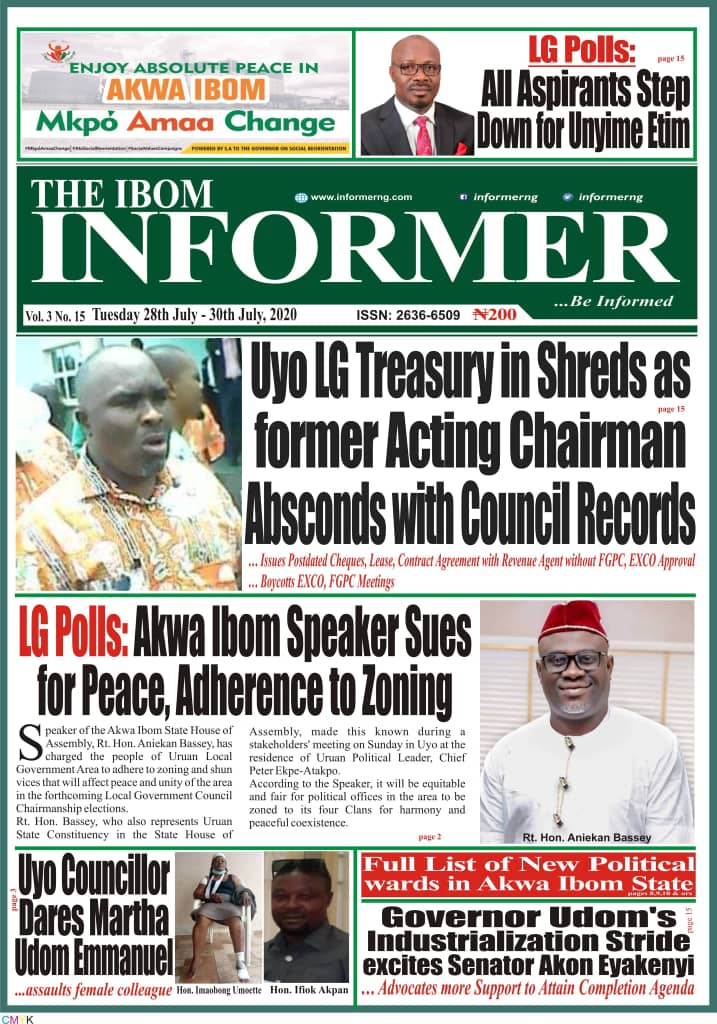 ……Over Imposition of Candidates, Distortions Of Zoning

“Ibiono Ibom northern political zone should take her second term for the chairmanship position in the forthcoming 2020 local government elections following which the position should rotate to Ibiono Ibom Southern political zone for two terms consequently after which will move to another zone”, Ibiono Ibom.
“Hon. Udo Ekpenyong is exerting undue influence that is causing ripples among us (party faithful) in Ukanafun. And is plotting to impose the next Council Chairman on the Local Government.
“This development has infuriated elders and stakeholders in Ukanafun “If the ugly develoment is not checked, it may cause implosion in the party with the likelihood of PDP becoming unpopular in the Local Government“, Ukanafun Elders. 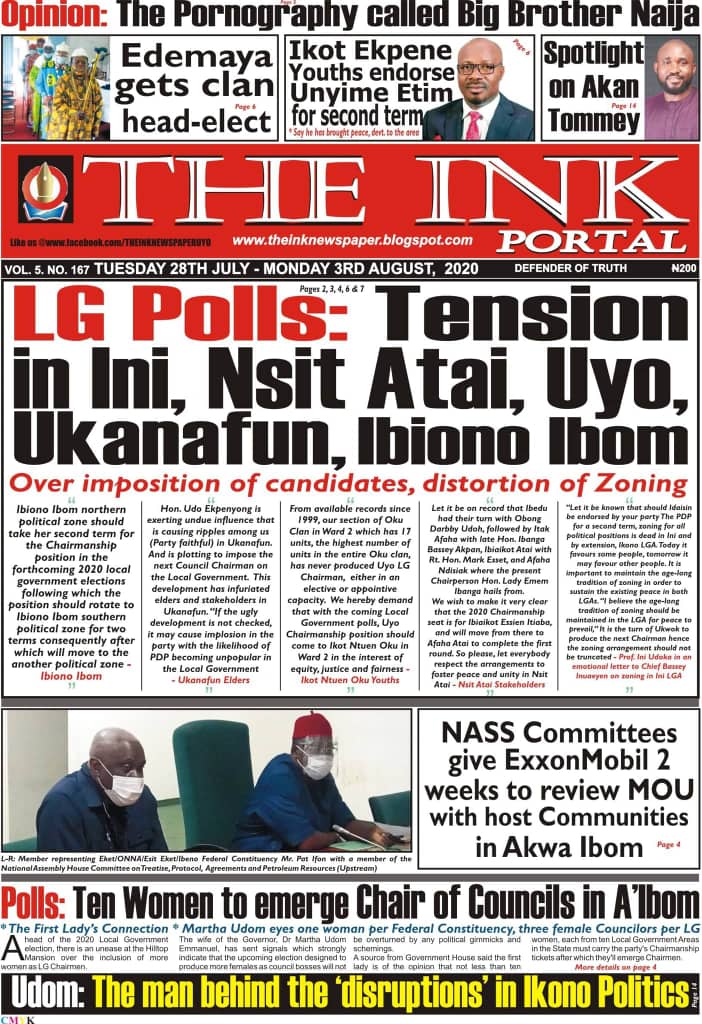 The long years peaceful coexistence enjoyed by the people of Ibiono Ibom Local Government Area may soon give way to anarchy, following moves by some desperate individuals to alter the zoning arrangement that was reached sometimes in 2016.
The centre of the brewing crisis is the incumbent Chairman of the Council, Hon. Ekomabasi Akpan who has recently indicated interest to go for a second term, a decision stakeholders say contravenes the zoning arrangement that was arrived at, for the purpose of allowing peace to rein in the area. 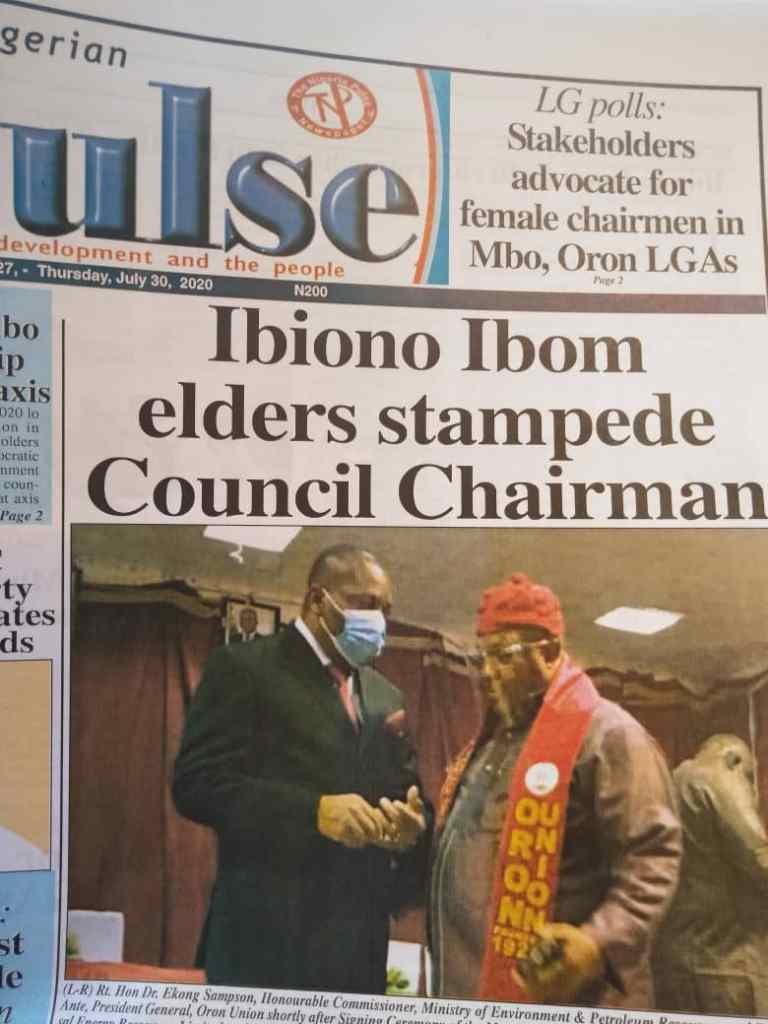 According to the zoning arrangement, the chairmanship position which is being occupied by Hon. Akpan, the incumbent chairman from the Northern Ibiono Ibom is to end in 2020.