….. A’Ibom LG Elections: Zoning Will Be A Major Factor

The Akwa Ibom State Independent Electoral Commission (AKISIEC) has fixed October 31, 2020 for the conduct of the Local Government Council elections.

Daily News Wire reveal authoritatively that the Commission which has in recent weeks stepped up preparations towards a hitch free exercise has settled for the date in order to meet up with the Constitutional guidelines of 90days before the expiration of the present Council.

The tenure of the current Council Chairmen will end on December 7, 2020 having served the Constitutional three years in Office.

The Commission has in recent weeks gone on a tour of Local Government Areas in the State and last week Friday held meetings with leaders of all the political Parties in the State notifying them of the date for the polls as well as ensure that they begin preparations for their participation in the exercise. 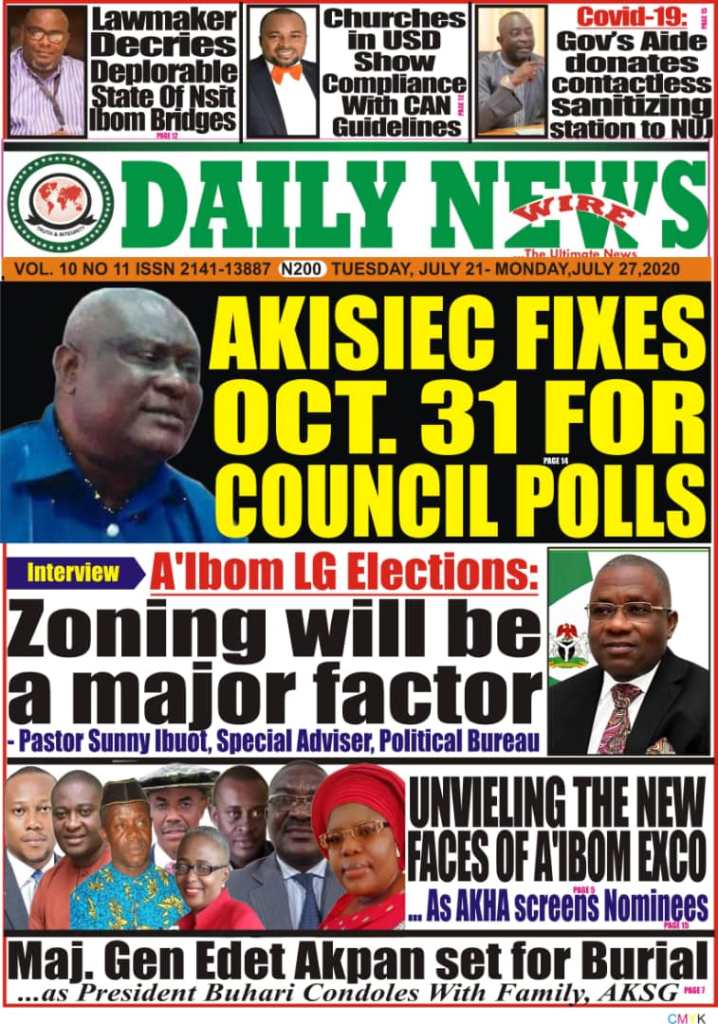 As the race to the 2020 Local Government election gathers steam. The Ink Newspaper can report authoritatively that except many items which has hitherto dotted the demands of AKISIEC are expunged, the State Electoral body may present a budget of about 2.7BILLION NAIRA as the sum of money needed to prosecute the elections across the thirty one Local Government Areas in the State.Our Reporter understands that Akwa Ibom State Independent Electoral Commission have been meeting and have drawn out modalities towards the election which have been fixed tentatively towards the last month of the year, 2020. 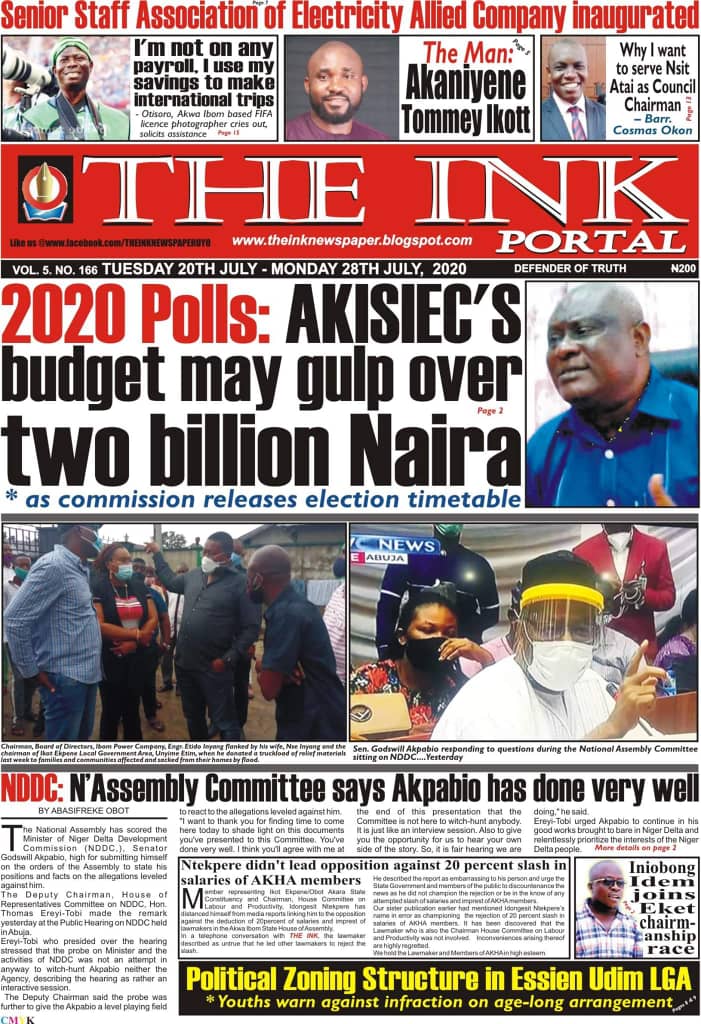 The people of Nsie Community in Okobo Local Government Area have been on dark days since the dead of their village Head, Chief Henry and two others who died sometimes in July, following a tussle over who should be the rightful youth leader of the Village.According to investigation, the Village head reportedly died as a result of trying to wade into the dead of one Aniefiok Nkpoabasi who was the incumbent Youth Leader after one Mr. Ukoh Walter Ukoh allegedly poisoned his drink he offered him in his house during an appointment the deceased had with him.

The suspect was alleged to have had interest in he position, but it appeared Mr. Nkpoabasi who later died on 12th July around 9pm on the same day not ready to relinquish the position. 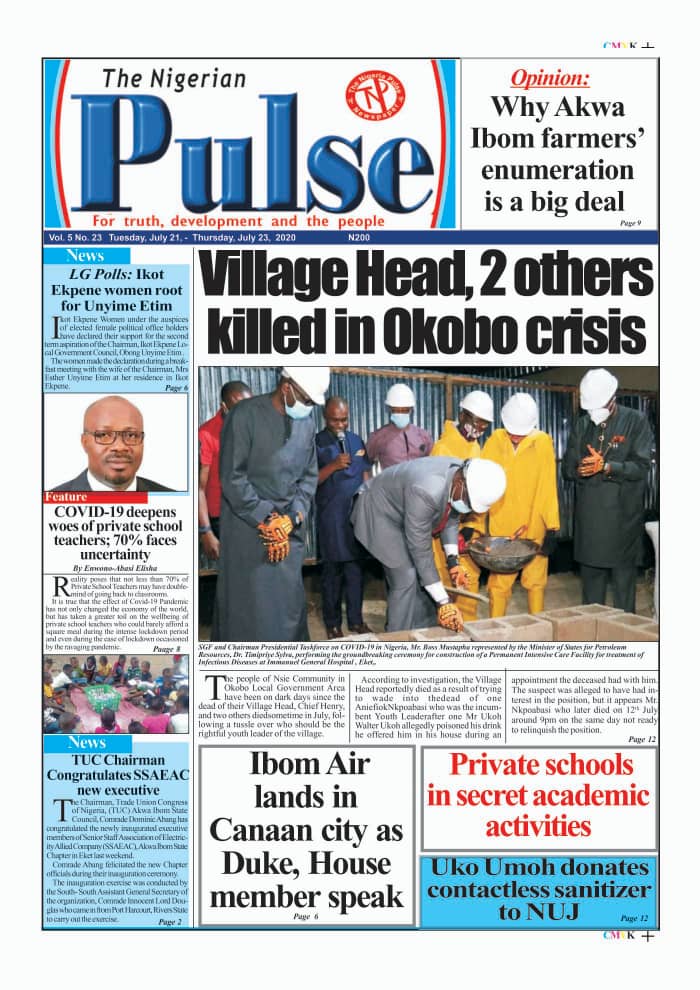 …..Most Contracts in NDDC Awarded To National Assembly Members – Akpabio

SERAP, specifically, called for a probe over allegations that the agency illegally spent N81.5billion, on travels, ‘condolences’, consultancy and ‘public communication between January and July, 2020.

The organisation, which made the call in a letter dated July 18, 2020 by its Deputy Director, Kolawole Oluwadare, addressed to Buhari, asked the president to “immediately suspend the Minister of Niger Delta Development Affairs, Mr. Godswill Akpabio, and all those implicated in the allegations pending the outcome of any such investigation”, SERAP, Stressed. 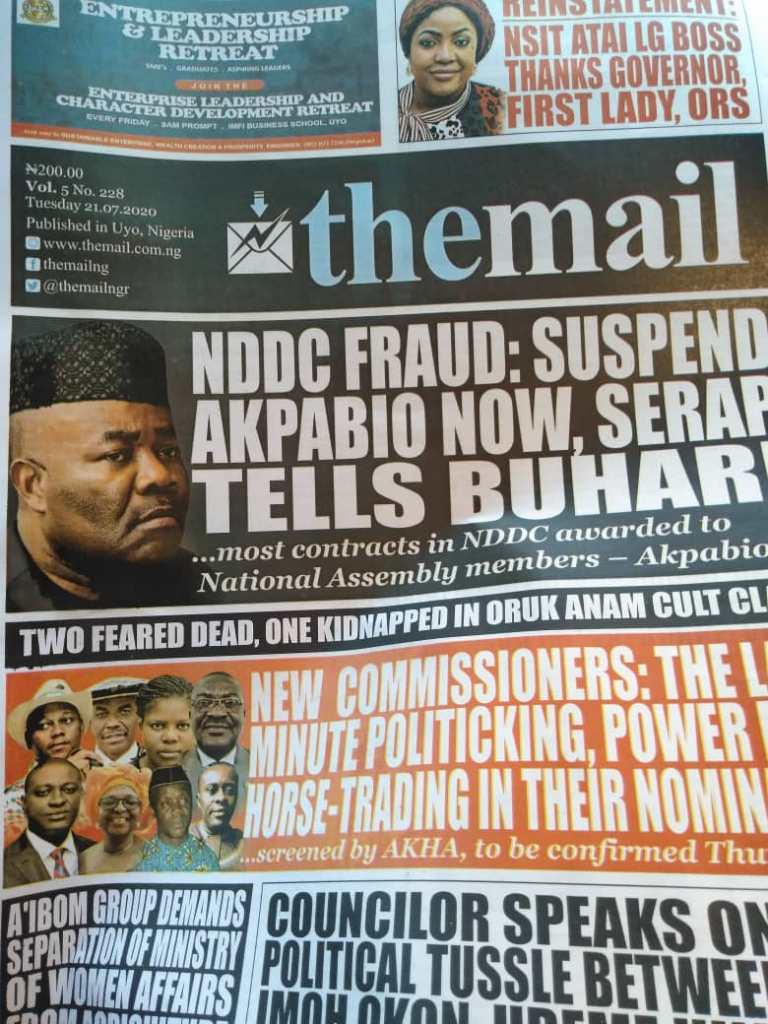 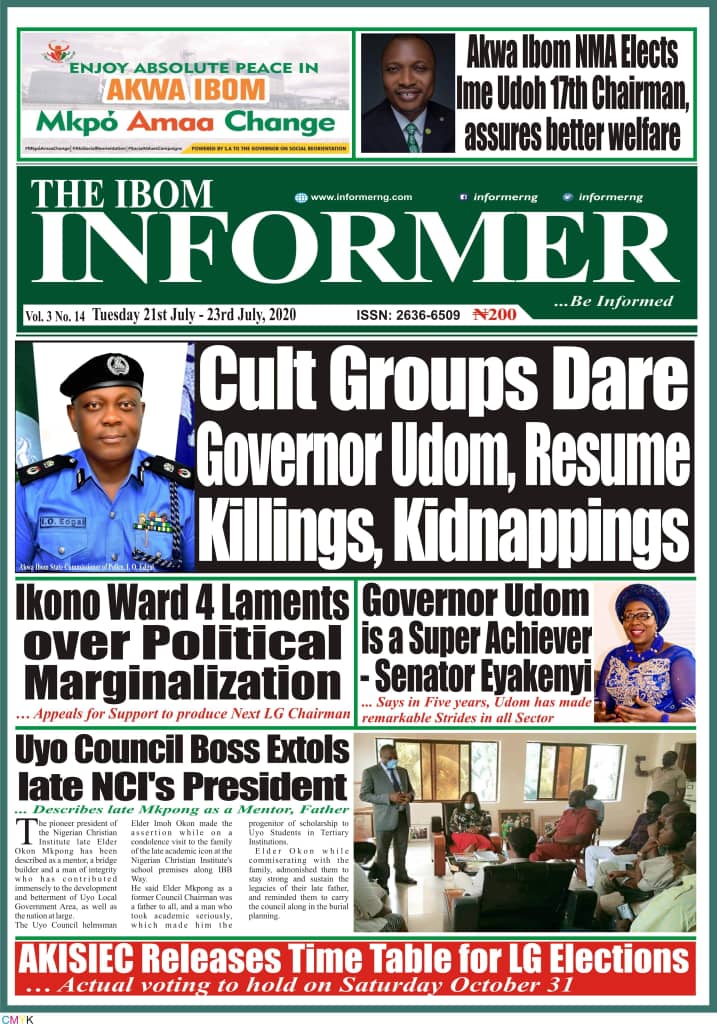