Hon. Eric Akpan, Chairman, Nsit Ibom Local Government Area of Akwa Ibom State, last Thursday said the council has commenced first trench payment of bursary allowance to more than 4,500 students with over 500 students to benefit from the programme in the upcoming second phase.

Hon. Akpan made this known while declaring open the first batch of the payment exercise on Thursday at the council Secretariat, Afaha Offiong, adding that the bursary covers students from the area studying in both Federal and State Universities, and other other tertiary Institutions across Nigeria.
Addressing the beneficiaries, the chairman said Nsit Ibom Supervisor for Education, Mr. Ofonuwem Ataikpe and his team have screened over 4, 500 students from Nsit Ibom Local Government who gained admission into Universities, polytechnics, College of Education and other recognised tertiary institutions.
He assured that with the completion of the first batch of payment, second phase shall soon take effect upon completion of Screening by Nsit Ibom Education supervisory desk. 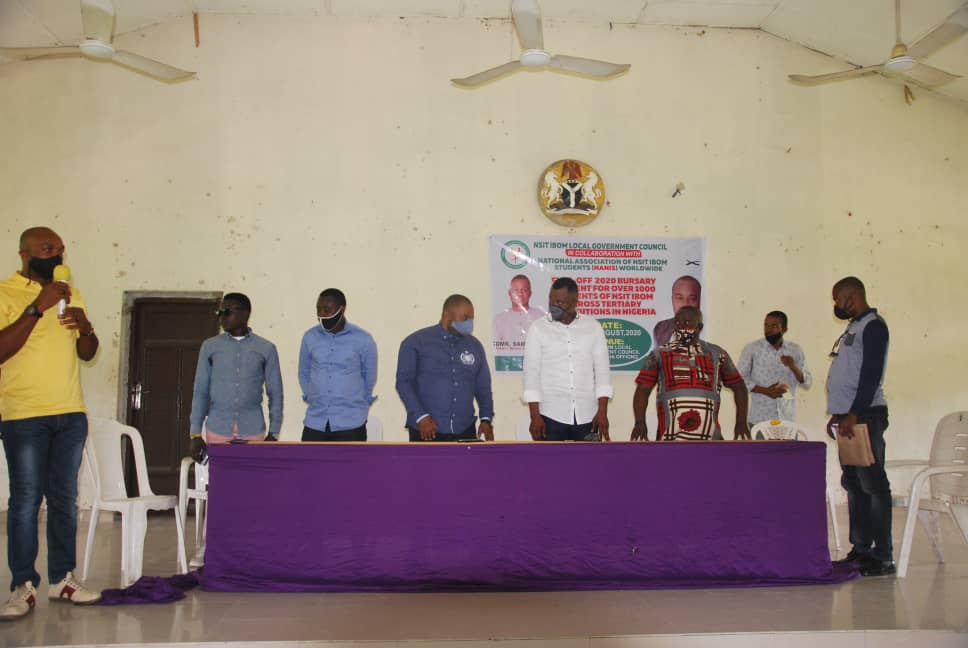 Hon. Akpan disclosed that the present payment of bursary is a clear departure from the hitherto norm where students used to get N4000 to N5000, disclosing that every eligible benefiting student will go home with the sum of N10, 000.
The chairman said in furtherance to availing pupils in the area with the needed conducive learning atmosphere, his administration has procured and presented over 600 desks to primary schools across the two court districts of Nsit Ibom.
He also disclosed that apart that, Nsit Ibom council do pay teachers salaries as at when due; as well as implementation of the new minimum wage for teachers in primary schools.
The Council boss called on the students to remain studious and focused in order to graduate with flying colours upon graduation.
While urging them to be good ambassadors of the local government at all times, he called on the students and the entire Nsit Ibom people to give their unflinching support to the present administration at all levels to attract more dividends of democracy to the area.
Hon. Akpan called on the public to sustain the prevailing peace in the area, adding that it is pertinent to remain law abiding citizens to fast track growth and development.