"When we talk about Nigeria's electricity supply industry, everyone has peculiar roles to play ranging from the generating stations, controlling agencies and distribution companies".

by Abigail Isaac
in Uncategorized
0 0
0

11
SHARES
51
VIEWS
Share on FacebookShare on Twitter
Akwa Ibom State legislature has lavished accolades on Governor Udom Emmanuel over his recorded giant strides in the power sector of the State within these few years in office.

The Committee which was on the spot assessment of projects that forms part of the oversight function of the State parliament as empowered by the Constitution of the Federal republic of Nigeria as amended and the standing orders of Akwa Ibom State House of Assembly, the Senior Special Assistant to the Governor on power and Managing Director Ibom Power station, Engr. Mmeyene Etukudoh received and conducted the delegation round the Ekim Sub-Power Station.

12 Wardrobe Essentials For Women In Fashion

Engr. Etukudoh disclosed that the project was conceived and implemented in 2016 by Governor Udom Emmanuel when the Governor laid the foundation stone on Wednesday July 27th, 2016.

The MD elucidated that Ekim Sub- Power Station is feeding directly from Ibom Power in Eket where the power is stepped down for distribution to Akwa Ibom people and its environs.

“Ibom power has two lines, the two lines carry 200 mega watts of power, all equipment assemblage here is called the switch yard, Which takes power from Ibom power discharging coronal discharges that gets to the transformer which is 132/33 which is stepped down from the 132 it took from Ibom power to 33 in the secondary side for safe distribution to the people.

“At the 33kv switch yard, and 132kv switch yard respectively, the three feeders that go out to Ikot Abasi, is supposed to supply 24 hours power and if there the people of Mkpat Enin do not enjoy such interrupted power supply, then Port Harcourt Electricity Distribution Company has some questions to answer.

“There are also lines going to Onna that is feeding the industries like the syringe Industry, lions plywood, meter solution and Kings flour mills. There is a common line that goes to Mkpat Enin which shares to Eastern Obolo and getting up to Oruk Anam with the capacity of the transformer, this sub-station has enough energy to produce 48 mega watts”. The power guru disclosed.

Talking on the safety measures considered within the sub-Station Engr. Etukudoh said the Sub-station also houses ‘Fire Wall’ which protects one transformer from another in case of emergency or in the case of fire outbreak.

Speaking on the capacity of Ibom power, the MD stated that Ibom power can generate a total of 115 mega watts a day except National Control Centre (NCC) instructs otherwise.

He went further to State that Nigeria is giving power to Niger republic, Ghana, and Togo, explaining that some quarters in the country often questioned the rationale behind exporting power to the neighbouring countries when Nigeria is in dire need of power, he authoritatively disclosed that the problem of Nigeria in the power sector emanates not from the generating unit of distribution companies.

“What Nigeria is giving to other countries like Niger Republic is about 70 mega watts from Benin Kebbi. Akwa Ibom is looking at getting 132kv transmission State from Eket to Oron at 2/60 at Oya Oron. Ekim sub-station has the longest line in the State. Eket has 1/60 and 1/45, Uyo has 1/60 while Itu has 1/15 and 1/30 respectively.

“When we talk about Nigeria’s electricity supply industry, everyone has peculiar roles to play ranging from the generating stations, controlling agencies and distribution companies.

“Akwa Ibom is in the first position in terms of power generation and this Government has given 410 distribution transformers to communities and villages in the State. It has built the power sector in collaboration with TCN and single handily built four lanes Sub-station which is 33/11kv, 2/15kv sub station which is one of the most modernised sub stations in the country”.

Engr. Etukudoh also said that Plans are underway for distribution of electricity meters to all consumers in the State which federal government at NEC has given the initiative a nod in order to bring up electricity supply Standard in Akwa Ibom State, adding that Akwa Ibom is on the front roll in the power sector and lauded Governor Emmanuel for being futuristic by putting in so much in the power sector to feed the upcoming industries of the State.

From the Committee’s reaction, Hon. Uduak Ududoh, member representing Ikot Abasi/Eastern Obolo State Constituency commended the initiative of Governor Udom Emmanuel and the SSA on power for interpreting and the dream of the governor in the power sector into a visible appreciable initiative.

Hon. Ududoh urged the SSA on ensuring smooth transmission and distribution of power from Eket Station and Ekim sub-station respectively for the common use of Akwa Ibom people.

Also commending, Rt. Hon. Usoro Akpanusoh, Speaking for Esit Eket/Ibeno State Constituency at the House, another member of the Committee applauded Governor Udom Emmanuel for investing magnificently in the power sector of the State, describing the Ekim Sub-Station as a laudable project with great benefits to the economic growth of the State.

On his part, Rt. Hon. Godwin Ekpo, member representing Ibiono Ibom State Constituency called on the generating and distributing agencies in the State to work in collaboration to ensure electricity tariff are in consonance with billing units across the State.

Another member of the Committee, Hon. Otobong Bob of Nsit Ubium State Constituency opined eliminating of any intrinsic barrier for possible bridging the gap for Akwa Ibom to generate and as well distribute power to his people.

Committee’s Response:
In it’s response, the Committee Chairman ,Rt. Hon. (Elder) Aniekan Uko appreciated the SSA to the Governor on power for his versatility in the power sector and urged him in line with the Completion Agenda of Governor Emmanuel to facilitate the possibility of Akwa Ibom generating and distributing power to the people in acknowledgement of power as one of the wheels propelling industrialization drive of the present administration.

The Committee ascertained that Ekim Sub-Power Station is in good standpoint, ready for commissioning last Saturday by the Vice President of the Federal republic of Nigeria, Prof. Yemi Osibanjo as part of the activities marking the 32 years anniversary celebration of Akwa Ibom, created on September 23rd, 1987.

At the worship Centre, the Chairman, Committee members and other parliamentary staffs on the retinue were received at the site by the State Commissioner for Lands and Water Resources, Arch. Ime Ekpo alongside his Permanent Secretary, Otuekong Nse Edem. However, members of the committee in the likes of Otobong Bob of Nsit Ubium State Constituency, Rt. Hon. Uduak Ududoh, Ikot Abasi/Eastern Obolo State Constituency among other members appealed to the Commissioner and the company to ensure the completion of the project as one of the signature projects of Governor Udom Emmanuel.Committee’s Response:The Committee Chairman, Rt. Hon. Aniekan Uko, on behalf of the Committee observed that the Governor was divinely led to cite the project in Afaha Ibesikpo where the first evangelist of Christendom, Rev. Jonathan Udo Ekong began the Journey of Lutheran Church of Nigeria in this part of the clime.The chairman said the committee is optimistic that there shall be enough funds to complete the Worship centre as Governor Emmanuel does not play politics with projects.

He charged them to work towards completing the projects within the period of agreed 30 months and also enjoined the company to engage youths of the area in their areas of tested specialization in the project.
However, the State Commissioner for Works, Akparawa Ephraim Inyang-Eyen who also visited Ekim Sub-Power Station to ascertian its readiness for commissioning met Members of the House committee on site and appreciated them for taking the pains to visit the project and called on other relevant stakeholders to join hands in development drive of the State. 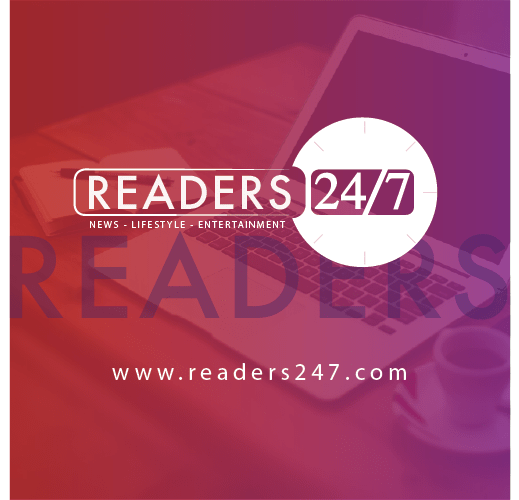