A’Ibom Elections: We have broken the jinx – Hon. Nse Essien 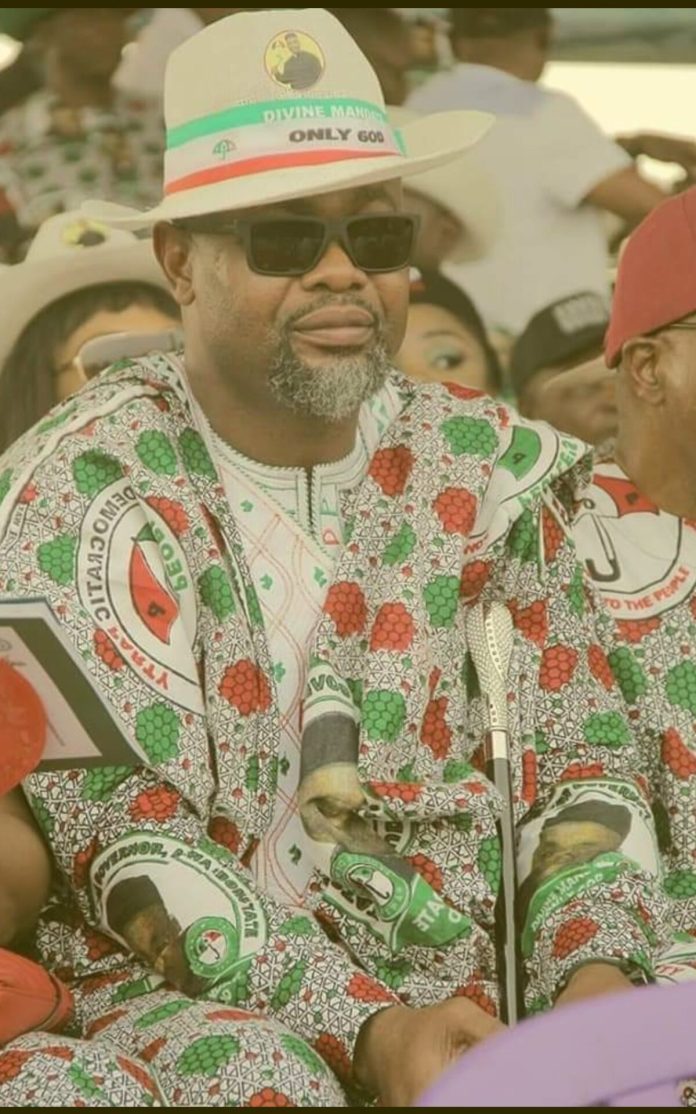 Punctuality of electorates and timely arrival of election materials at most polling units across the State in March 9, 2019 elections is said to have made significant difference from the earlier conducted Presidential and National Assemblies elections.
This was the position of the re-elected Member, representing Onna State Constituency in Akwa Ibom State House of Assembly, Rt. Hon. Nse Essien at Ward 4, Unit 009, Onna Local Government Area, during last Saturday’s elections.
“Voters came out early enough to be able to exercise their franchise so that when others are trying to muster votes here and there they’ve gone home to celebrate, that is the mould of my village and Onna Local Government Area.
“My village and Onna is purely PDP and everybody is enthusiastic about the opportunity they have gotten from God and the leaders from Onna State Constituency.
“Today is a good day for our Peole. The turned-out of voters today is a far cry from that of the presidential and National Assemblies elections, because this one is closer to the people. The people believe that they can feel the Governor directly or indirectly, or maybe through the House of Assembly representative compared to Federal House of representative Members, Senators and President who are far away in Abuja”. He buttressed.
Hon. Essien asserted that Governorship and State House of Assembly elections are the most localised and closest to the masses with direct impact on their lives and society at large.
“Most of the people here are localised and politics is a local business. So most of them feel this is the one that is closer to them with direct impact, to them it is okay coming out an mass to vote people with direct impact, that is Me and the Governor of Akwa Ibom State who is coming back for a second term.
“You know we had a situation whereby over thirty (30) years ago an Onna man couldn’t get re-elected but today the jinx is going to be broken and I am also the first one who is going for a second term in Onna State Constituency.
“As regards the card reader, well, the workability has improve far better than what it was during the Feb. 23 elections. We still have situation where network is fluctuating and they can’t really capture easily as it would have been. He informed.
Speaking furhter on what informed the impressive turned out of voters as witnessed in all the Wards and units in Onna Local Government Area,  he said: “God cannot give you such an opportunity and you throw it away. God will not even give it again to you. So, irrespective of political parties affiliations, we are one, we believe this is an opportunity God has bestowed on us and we have to use it wisely.
“As you can see the polls have been excellently peaceful although there are some LGAs where there are minor situations of ballot box snatching but those people doing this belong to the other edge, because you cannot take any ballot box from the centre and come to return it, how possible will that be? Our people are very vigilant and we are ready to ensure votes must count” the returning Lawmaker assured.
Also at the unit, voters were seen waiting patiently as collation was in progress while Party agents from various political parties were seen analysing the outcome of the polls.
Some of the political parties agent found at Unit were: Johnson Johnson of PDP,  Samuel Iboro of  PPP, George Umoh represented APC , Iboro Thomas was for PDP,  while David Ben stood in for ADC, Philip Umanah represneted PDP, Godwin Essien for DA and  Ekerette Udom was party agent for PPA , they all attested to having the best election ever under a calm and orderly atmosphere.