...AS YOUTH OF OHAJI/EGBEMA CALL FOR CANCELLATION OF POLLS

It was gathered that as at this evening about 6:30 pm, the collation centre was opened and citizens were following the exercise through facebook live broadcast before the suspension of the exercise.

See Full List of Returning Officers for the Ward Congress Today, August, 20, 2020 in the 368 Wards in Akwa Ibom State

INEC Chaiman disclosed the adjournment will allow room for collation of results from All States of the Federal to the centre.

Meanwhile, the Youth of Ohaji/Egbema Local Government Area of Imo State are calling for cancellation of presidential and National Assemblies election in the area.

In a peaceful protest, the protesting youth are soliciting on INEC and other relevant stakeholders to reject any result coming from Ohaji/Egbema as they seek for a re-run to avail electorates from the area opportunity of exercising their franchise by electing representatives through a free and fair election.

They alleged that no result sheet nor ballot papers were sent to some units in the area. 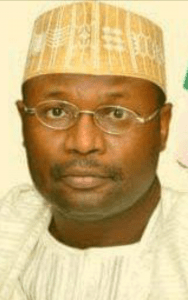